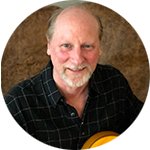 Bill Allison, a professional musician since 1986 and a graduate of North Texas University teaches guitar, bass, banjo and harmonica. He began his teaching career at Houston’s House of Guitars, where he taught until 2005 when he began teaching at Memorial Music. In addition to teaching, Bill has collaborated with many professional bands and musicians, appearing as a guest artist and composing music for filmed performances of well known bands - (see youtube videos: “Sonny Boy Terry 95“ with Bill as a featured guitarist and “Sonny Boy Terry at The Artery” where Bill is the bassist).

Bill is also featured guitarist and co-writer on several tracks of the Sonny Boy Terry CD: Breakfast Dance. He appeared in the book Texas Blues by Alan Govenar. Bill is also a featured guitarist on the soundtrack for the upcoming film Double Bayou by Heather Kolb, who also directed the documentary film Third Ward Blues. He is fluent in several musical styles including rock, blues, slide, country, bluegrass, gospel, contemporary praise and worship, acoustic finger-style, classical and flamenco. His teaching emphasizes a strong foundation encompassing technique, theory, reading, ear training and the fundamentals of performing. He brings his great talent and vast experience to the classroom and is a well-qualified mentor of students aspiring to learn all they can about playing and performance.